For those who are not sure what phishing is, click here. Basically, it is a method to get confidential information from you like bank A/c details or passwords etc.,

Well, I had received an e-mail today from Income Tax Dept. (somebody claiming so). I am pasting that here just to give a warning so that people do not get fooled and give away confidential information and being cheated in return.

We have reviewed your tax fiscal payment for previous years and have resolved that you are qualified for a refund of the sum of 36,120.25 INR which is your accumulated tax excesses. Please submit a tax refund request and allow us to process it within 7(seven) working days.

We appreciate taking the time to learn about our tax refund. It's one more way Income tax department can make your tax payment experience better.
Endeavor to fill in your Information correctly,to enable us make refund to your account without any delay.

Refund can be delayed for some reasons:

I knew it was phishing e-mail because of following reasons.
1. It was not from "incometaxindiaefiling.gov.in" but was from "incometaxindiafiling.gov.in"
2. Income Tax dept doesn't ask information through e-mail and more over if you take a look at the link, it was redirecting to some unknown website.
3. This week only I had got CPC processing status as Nil Tax Payable/Refund
4. Income Tax dept doesn't pay refunds of multiple financial years in single shot. (PS: As per my knowledge)

After returning from Manjarabad Fort, we freshened up and visited a previous day function of our friend's wedding. Before going to bed, Jagga said "We shall go to Mullayanagiri tomorrow. If we start by 5 or 5 30, we can easily go and comeback by 10 30 or so." I was very much interested to go, but was not keen on waking up so early! He had already been to Mullayanagiri and nobody else had been to there. Still, looking at his enthusiasm to take us, I couldn't deny and agreed half hearted. 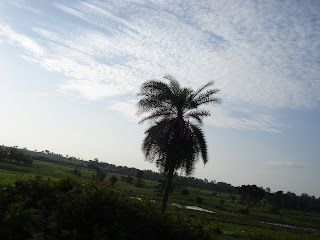 Around 5 30 AM next day, I was woken up by his knocks on my room door. Now, the urge to visit the place overtook the need to sleep and within an hour, we were on the road towards Chikmagalur, at a distance of 61km. Early morning breeze welcomed us to SH57 and we stopped at Chikmagalur for breakfast before continuing towards the destination. 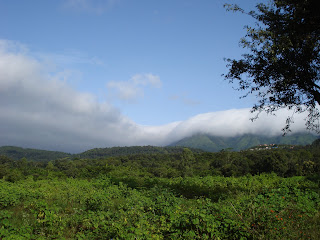 Chikmagalur to Mullayanagiri via Kaimara is about 22 km. The road after Kaimara to Mullayanagiri was very enjoyable amidst green coffee plantation and forest. We could see steep slope on one side and steep rise on the other side as the peak gets nearer. Most of the places, road is very narrow and two vehicles do not pass side by side, either one has to take reverse and pave way for the other. Over all, it was very fun but at the same time very risky and dangerous drive towards the parking lot, atop the mountain. Unless you are an expert driver and the vehicle is not new to you, do not attempt to drive on this stretch, especially on a misty morning. 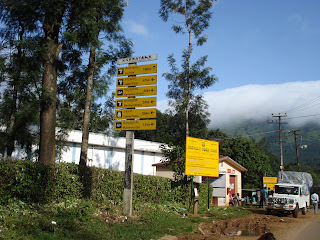 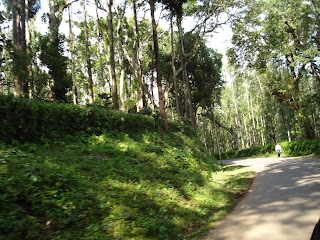 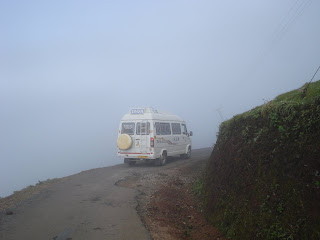 Almost near the parking lot, there was one drunken driver who refused to take reverse and from the other direction, there were 4 vehicles, including ours, one behind another. After good 15 minutes of argument, he took reverse but we were already walking having parked the car roadside. We didn't want to miss the chilling experience by fighting with some fellas. 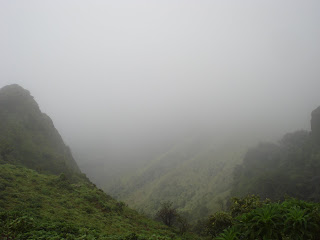 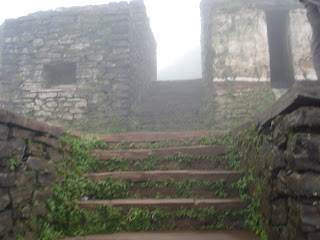 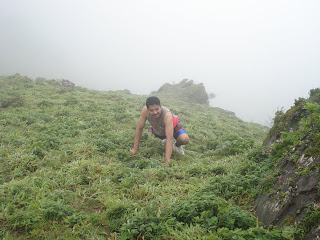 There are about 100 steps to be climbed at the peak. It was full of mist when we were climbing and we could not see the steep slope below (which, we were hoping to see as it was one of the views couldn't be missed). As we were climbing all of us' ears started paining because of chilling cool weather. Quite a bit crowd was already there by the time we reached. 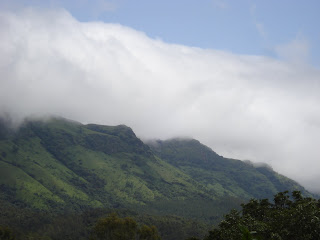 Finally after an hour, we started back to resume our participation in the wedding! To end with, it was a Fantastic place, which, better be experienced than expressed in words.