While coming back from Kokkare Bellur, we took a left turn around 10km before Ramanagara to reach Kanva dam as planned. One wouldn't miss since there clear sign boards on the road showing the way. 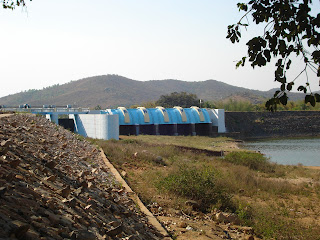 It is a small irrigation project built in 1946 across river Kanva, a tributary of river Cauvery. It is named after sage Kanva who is said to have lived in caves on river banks during Ramayana. Now, it's a popular tourist place, with tourists being mostly from Bengaluru. 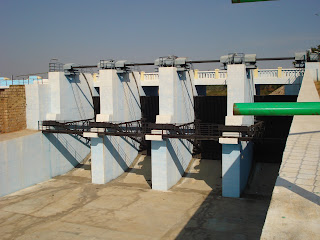 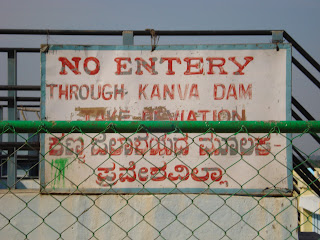 It's a nice place to spend an hour or two in the evening. If you are expecting anything more than this you might be disappointed! If you are particular about birding, then it's one of the places to visit in early mornings. 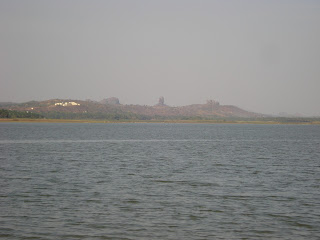 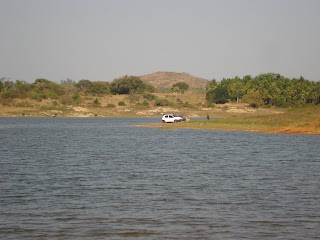 There is a compound on a hillock (more like a hillock rather). Somehow it was reminding Great Wall of China (structure resembling if you imagine so). 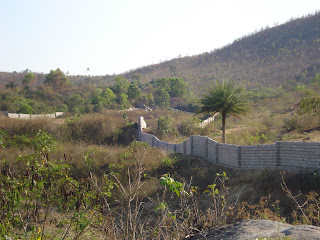 Dr. Raj is a veteran Kannada actor, he was lead actor in a movie called Sipayi Ramu, released in 1971. While passing just saw a plantation with the same name and captured it. 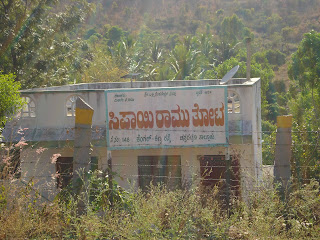 We spent an hour at Kanva before heading back.
Posted by Gowtham at 8:00 AM 8 comments: